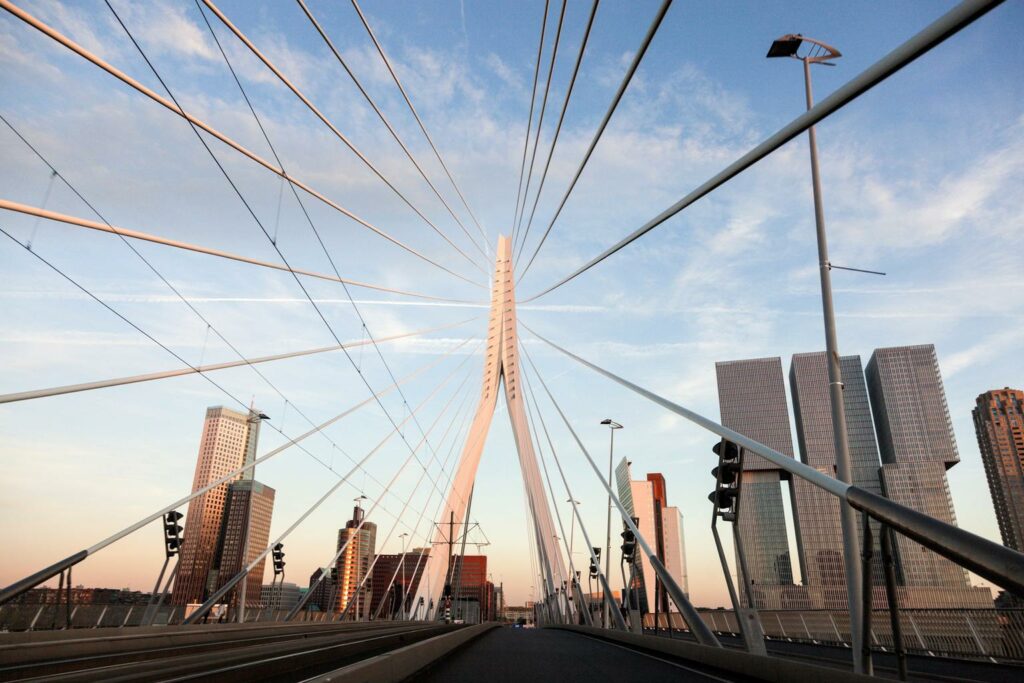 The number of foreign businesses in the Netherlands keeps growing steadily

Setting up a business means you will have to make a staggering amount of choices. This is not unusual of course, since there’s simply many options to choose from. Like the specific services you will be offering, the languages you will be working in, your business address and possible office space and the company that will make your website and PR materials. But did you also consider the country?

In what country do you want to start a business? Almost all start-ups and new entrepreneurs establish their company in their country of residence. Probably a little bit out of habit. But in a lot of cases, it might actually benefit you to browse around a bit. And consider starting a business in a different country than your own. Like the Netherlands. And you definitely won’t be the first one, as the number of foreign businesses and investments in Holland keeps growing. In this article we will tell you a bit more about the ‘why’!

Foreign companies are boosting the Dutch economy to great heights

The Netherlands has been flooded with foreign investments and entrepreneurs setting up businesses in our country for a while now. For example: the Netherlands Foreign Investment Agency (NFIA) and several regional partners involved in the ‘Invest in Holland’ network assisted in attracting around 350 different foreign investment projects worldwide in 2016 alone. All these actions total a massive amount of around 1,5 billion euros in capital investments. In turn, this created more than 10.000 new jobs.

In 2017, 1,7 billion was invested. In 2018, large multinationals such as Timerland, Giant and DAZN created almost 10.000 additional jobs in the Netherlands as well. All companies combined contributed around 2,85 billion euros to our national economy. All in all, we can safely say that foreign investments and businesses in the Netherlands have a very positive influence on our economy and thus, investing in the Netherlands is surely a safe way to grow your business quite rapidly.
Brexit caused many relocations of foreign companies’ offices

One of the biggest reasons for moving is Brexit.

Many business owners would rather be safe than sorry, and thus decided to pro-actively move some branch-offices or even their headquarters to the Netherlands. The Invest in Holland network brought more than 40 companies to the Netherlands in the year 2018. This was a direct result of Brexit and lead to the creation of almost 2.000 new jobs, next to around 291 million euros in investments. In 2019 large multinationals such as Discovery and Bloomberg have announced their wish to invest in the Netherlands due to Brexit.

Most of these companies are British in origin, but the lost also includes American and Asian organizations. These organizations are basically reconsidering many options, in order to minimize possible uncertainties and threats when Brexit finally follows through. These companies have origins in many sectors, such as the financial sector, media and advertising, life sciences & health and logistics.

So why do so many business owners choose the Netherlands?
There are obviously some good reasons for considering our rather small country for relocation. Because the companies that already made the move are not just small players; many huge well-known organizations have already established new headquarters in Holland. More than 6.300 foreign companies have established more than 8.000 different operations in the Netherlands.

The most prominent reasons for relocating a business to the Netherlands are listed below:
Fantastic location, educational system and business opportunities
The Netherlands is located on a prime position, with both Schiphol as well as the port of Rotterdam as main points in an already rich infrastructure. Next to that; Holland is home to an excellent ICT-infrastructure and perfect network coverage. An internationally oriented workforce with most people speaking at least two languages, and many fantastic and high quality (international and national) schools to choose from.

The standard of living is considered to be exceptionally high, with Amsterdam as capital offering you everything in terms of culture and activities. But also other beautiful cities like Rotterdam, the Hague and Utrecht. The cities are considered to be very safe and you will have many possibilities to expand your network with many shared working spaces all over town.

The Netherlands is considered to be a very stable and vibrant parliamentary democracy, recognized worldwide for its transparency, fairness and effectiveness. The political system is characterized by plurality and consensus-building, resulting in coalition governments that truly represent the voice of the people. The legal system is also considered to be fair and transparent and well equipped to deal with business, trade, taxation and patent issues.

There are specialized courts for dealing with criminal and administrative issues, as well as with tax law, planning law, environmental law and trade and commerce. There is a rich variety of world-class law firms – both home grown and large international ones – that can provide assistance with tax law, mergers and acquisitions, and European law. The Hague is the seat of the European Patent Office.

Low taxes compared to other European countries
The corporate income tax rate in the Netherlands is very low for European standards: 16.5% for profits up to 200.000 euros and 25% for profits more than this amount. In the next years, the government will reduce the minimum and maximum tax rates even further (15% lower rate and 21% higher rate in 2021).

Safe and developed financial system
The Netherlands also boasts a stable financial system and climate, with a large array of strong Dutch banks such as ING Group, ABN AMRO and the Rabobank. There are also many private equity investors, venture capital funds, as well as fund managers available for the picking.

Intercompany Solutions: your partner for a business in the Netherlands
You can always contact us for more information and assistance if you are considering opening a branch office in the Netherlands, or maybe a whole new business. We have a wide variety of services at your disposal to help you in any way we can.

The whole process can be concluded in just a few business days, offering you the chance to start doing business immediately. Interested in the possibilities? Contact us for more information.