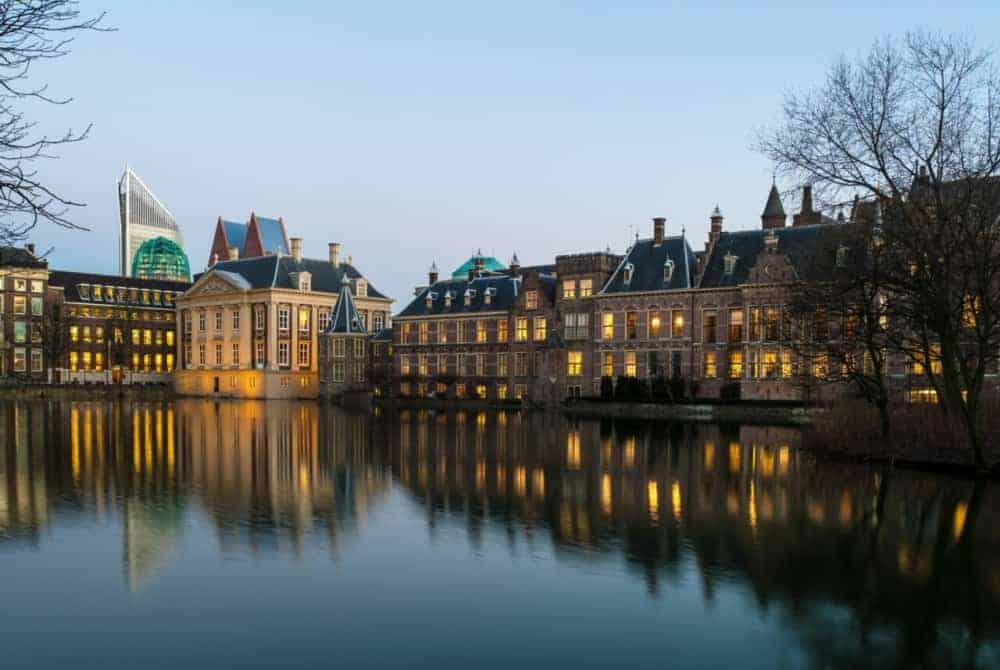 Establish a Business in The Hague, Netherlands

When asked to name a Dutch city, people tend to come up with Amsterdam, the capital of the Netherlands, famous for its historic landmarks and open-minded citizens. They also think of Rotterdam – proud with the smartest port in the world, or the inventive city of Eindhoven situated in the Brainport region of Europe. But how about Den Haag?

The Hague is home to the Dutch government and has close to 500 000 residents. It is full of legislators, diplomats and leaders on the global business scene. No wonder that it is the birthplace of many international innovations, laws and ideas. Read this article to learn about this important Dutch city and contact us if you would like to receive more information on doing business in Den Haag.

The city of The Hague

The Hague, home to the classic paintings of Vermeer and the royal family, has an important place in the history of the Netherlands. It was established in 1230, originally as hunting grounds of the Counts of Holland. Its name originates from “s-Gravenhage”, meaning “The Hedge of the Count”. The city became the official seat of the Dutch government in 1588.

The Hague continues to host the Dutch cabinet, Supreme Court, State Council and States General. The Gothic Binnenhof complex, a castle serving as government seat, is the oldest functioning parliament house in the world.

The Hague: An international centre of justice and peace

The impressive historical legacy of The Hague in terms of government has earned its recognition as an international centre of justice. The Hague International Peace Conference of 1899 was the first of its kind in the world. Less than half a century later the UN selected the city as its international law centre. Today The Hague also accommodates the international justice and criminal courts where global disputes are often resolved.

Dedicated to security and peace, the city puts a lot of effort in supporting Holland on its way to becoming a secure gateway to the European continent. It encouraged the development of the world’s top cluster in the field of security: the Security Delta (HSD). It fosters cooperation between knowledge institutions, businesses and governments with the aim to achieve superior cybersecurity and build critical infrastructure.

The Hague is home to 400+ companies operating in the field of security. American data and technology companies like Dtex Systems and LeoStat have also recently established registered offices in the city.

The Hague: An attractive business hotspot

Thanks to its strong foundations, Den Haag is a very attractive destination for businesses. Various companies like Siemens, APM Terminals, AT&T, Shell and Samasource have established their European headquarters in the city. As a matter of fact, as many as 49 international companies made investments in the city in 2016.

The Hague: An experimental ground for innovations

NGOs, private companies and the government work together on this ideal ground for testing new ideas.

Some of the most recent innovative fields of work include the use of drones in emergencies, green energy alternatives and simplification of complex data communication. The first centre for Robotics and Artificial Intelligence of the UN was also established in The Hague.

The city boasts 20+ international higher education institutions and schools that support new ventures. Leiden University is the oldest in Holland and its Innovation Centre is located in the city of The Hague. The Hague also has an official centre for entrepreneurs called Impact City. It hosts programmes like the Innovators Challenge and Startup in Residence.

In case you are interested in starting a business in Den Hague, contact our specialists in company formation. They will gladly provide you with more information on company establishment and investment opportunities in the country.