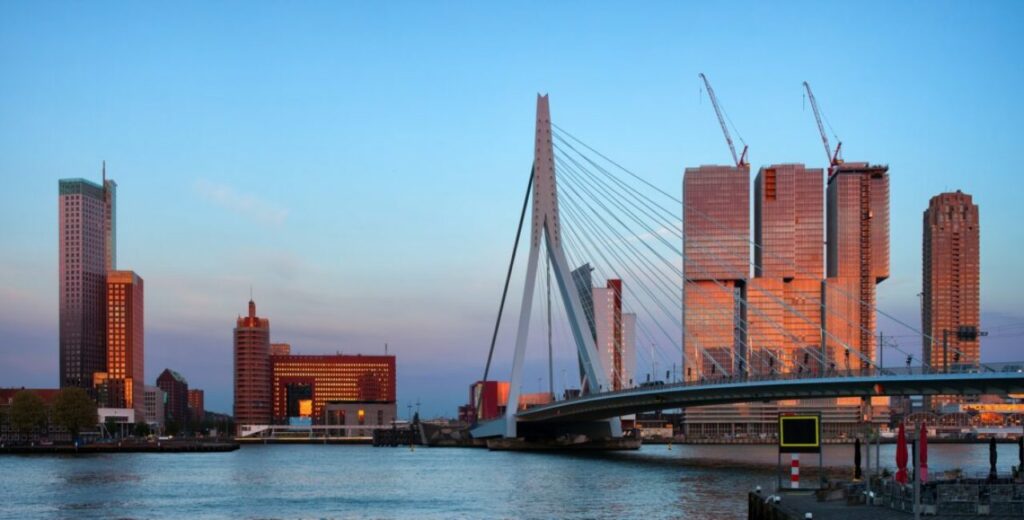 The private limited company holding structure in the Netherlands

As a minimum, the holding structure includes two companies: one is the active company performing business operations, and the other is a personal company holding shares issued by the active company. The law does not differentiate between BVs with respect to their function, therefore the terms “Active BV” and “Holding BV” have no legal meaning.

What is the general structure of a BV holding?

Two Dutch BVs are incorporated using the services of a notary. The first BV performs the business operations of the structure (Active BV). The second BV is a holding company which remains mostly inactive (Holding BV). The owner of the business holds all shares issued by the Holding which, in turn, holds the Active BV’s shares. Our explainer video explains different aspects of the Dutch BV and the Holding structure.

If two shareholders (SH 1 and SH 2) plan to set up a single active company and to hold equal amounts of its shares, the usual scenario is the following: One active BV performing real business operations is incorporated using the services of a notary. Then two holding companies are incorporated above the active company. Both of them own 50% of the active BV. Holding 1 is fully owned by SH 1, while Holding 2 is fully owned by SH 2.

Advantages of the holding structure

For instance profits generated by selling the active company and transferred to the holding company are exempt from profit tax. Also, operating from a local holding structure involves a lower risk. The holding BV serves the function of an additional layer between the owner of the business and the actual business activity. Your holding structure can be set up to protect the equity of the company. You can accumulate pension provisions and profits safeguarded from business risks.

How to know if a Dutch holding structure is suitable for your company?

Most tax advisors in the Netherlands would say that setting up just one private limited company is never enough. The incorporation of a holding where the owner of the business is the shareholder is usually more beneficial in comparison to a single BV. In particular situations we certainly recommend setting up a holding, e.g. in case your industry involves higher business risks. The holding BV provides an additional layer of protection between you as the business owner and your actual business activities.

Another valid reason to open a holding is if you are intending to sell the company at some future point. The profits from selling the business will be transferred free of tax to the holding BV thanks to the participation exemption or “deelnemingsvrijstelling” (described in more detail below).

Practical advantage of the holding structure

When you sell (partially or entirely) the shares issued by your Active BV, the profits from the sale are transferred to the Holding BV. Holding companies do not pay taxes on realized profits from selling shares issued by Active BVs. The resources accumulated by the holding can be used for reinvestment in another business or retirement benefits.

If you own shares of the active company, but you have not yet established a holding, you will need to pay from 19 to 25,8% corporate tax with respect to the profit in 2023.

This allows you to easily settle expenditures between the two companies and gives you an advantage with respect to the annual tax liabilities. The active company (subsidiary) and the holding (parent company) are considered as one taxpayer and therefore you are obliged to submit one tax return for two private limited companies. By keeping shares and profit reserves (including real estate, pensions savings, company cars) in a holding, you are protected from losing accumulated gains if the active company goes bankrupt.

Both the holding and the active limited companies need to pay income tax. Still, double taxation of profit is avoided thanks to the so called participation exemption. According to this measure profits/dividends of the active business can be transferred to the holding free of taxes on corporate income and dividends. The main condition that needs to be met in order for this measure to take effect is that ≥5% of the active company’s shares are owned by the holding. Our specialists can support you throughout the process of company establishment. Please, contact us, to receive guidance and further information.