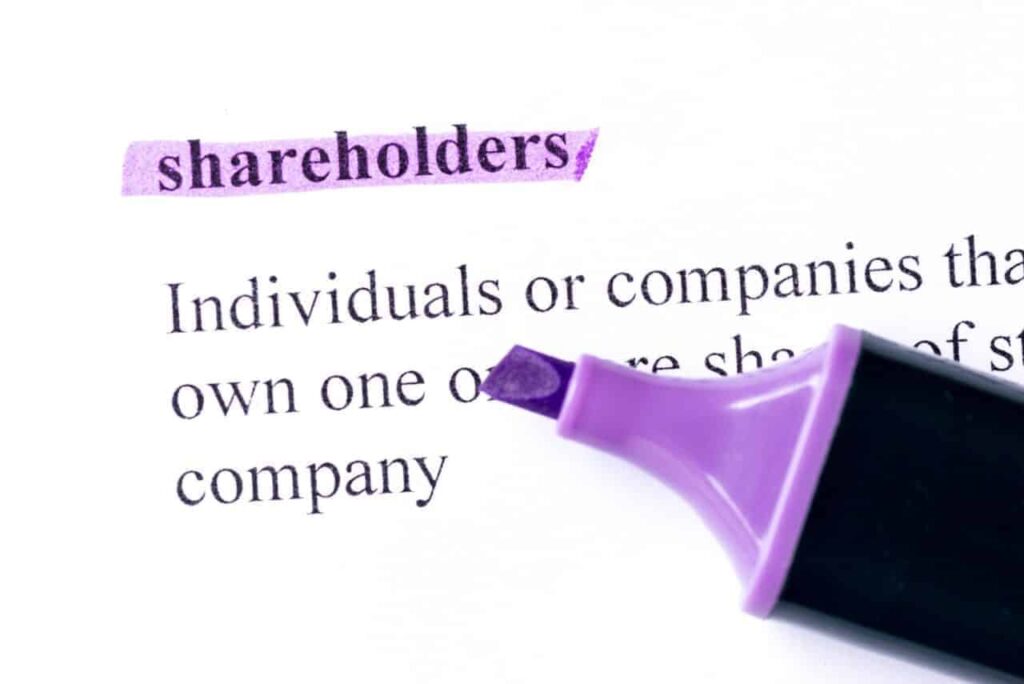 Establishing a Dutch BV with multiple shareholders: what are the pros and cons? 

When you start a company, there are some details to consider beforehand. Such as the market you want to operate in, the name of your company, the location of your company and, also, the amount of people that will be involved with the company. This last part can be tricky, since not everyone wishes to co-own a business. Often trust plays a large part, either in a positive or negative way. If you start a Dutch BV with multiple shareholders/directors, there are definitely some topics you should discuss together before you establish the company. The good news is, that you can generally put most regulations and agreements between the shareholders on paper, which will make it difficult for any shareholder to ignore the set rules. In this article, you can find more information about setting up a Dutch company with multiple people.

Why start a BV company in the Netherlands?

The Dutch BV is by far the most popular legal entity, next to the sole proprietorship. In the past, it was necessary to own a starting capital of 18,000 euros in order to even be able to start a BV. Since the Flex-BV was established, this amount has been lowered to one cent. Thus, the Netherlands has seen a stable growth of established BV’s during the past decades. A massive advantage of a private limited company is the fact, that the directors of the company are not personally liable for any debts incurred in the name of the company, but the BV itself. When you own a different legal entity, such as a sole proprietorship, you are personally liable for any debts your company makes. Unless it can be demonstrated that you have been negligent or have committed fraud.

You do have to take into account, that certain requirements apply to the establishment of a BV. For example, you must be in possession of a notarial deed that contains a mention of the articles of association. These must then also be checked by a notary. In addition, you must draw up annual accounts and deposit them with the Chamber of Commerce every year. What some consider a disadvantage of a Dutch BV, is the fact that that persons who are both shareholders and directors must pay a minimum salary to themselves on a monthly basis. In addition, with a BV, you are not entitled to certain tax deductions. As a result, you pay a relatively large amount of tax when you have a rather a low income. A Dutch BV becomes interesting, when you intend to make a yearly profit of 200,000 euros or more. If you stay below that sum, a sole proprietorship might be a better option for the first few years of your business.

Setting up a BV with multiple people as shareholders

If you set up a BV with more people, it is very wise to discuss the future company beforehand with your fellow shareholders. Otherwise, you risk potentially negative situations in the future, that might cause chaos within your company. For starters, you have to make mutual agreements about topics such as company control and profit distribution. This will enable every shareholder to have a clear picture in their heads about their role within the company. Often a shareholders' agreement is drawn up, in addition to the articles of association: this is a contract between the shareholders in which you can include agreements that you cannot easily put in the articles of association of a BV.

If you start a BV with multiple people, then you will all bring in capital in the beginning phase. This capital is then divided into shares, which are basically separate pieces of the capital. Owning a share gives the holder two basic rights: the right to receive profit and the right to exercise control. When the Flex-BV was introduced in 2012, it also became possible to issue shares that either only have profit rights, or only control rights. This makes it easier to divide rights more equally. For example, if one of the shareholders invests more money than others, he or she can get more control rights. But their voting right will still be the same percentage as the other shareholders, though.

Nonetheless, you should still consider the share ratio to be an expectation. It is in fact an expectation, of how much each of the shareholders will contribute to the company. If the bringing in of capital in the form of money is the most important topic between the shareholders, then it’s fairly easy to calculate each contribution by simply looking at the invested amounts. But it becomes more complicated, when there are investments without a direct reward, such as time. For example, consider a company with two shareholders. They both get 50% of the shares, but one of the shareholders goes on a sabbatical that lasts 9 months. The other shareholder is keeping the company together by himself. Should both shareholders receive 50% of the company’s profits? The same goes for situations in which external help is hired – should they also benefit from shares? If you want more flexibility in this regard, a cooperation might be a better choice, since everyone builds up their share in proportion to their contribution.

A cooperation can be more flexible in some cases

Unlike with a Dutch BV, the profit distribution with a cooperative is much more flexible. For example, you can base it on a multitude of extra factors, such as the actual contribution of all investors, instead of an expected contribution. This offers all parties involved a much clearer picture regarding the contributions. Afterwards, you can periodically assign certificates for each party’s individual contribution in money, as well as time. This is always based on an objective regulation. So the more certificates a person owns, the larger his or her voting and profit rights are.

In addition, an advantage of a cooperation is the fact that you don’t have to go to a notary, when changes are necessary such as new investors or amendments in share ratios. A cooperation maintains its own register of members and certificates. In general, a Dutch BV is surrounded by much more legislation than a cooperation. This also means that the articles of association can contain more elaborate and unique solutions, as opposed to a BV. This will save you a bit of money, as you are not obligated to go to a notary at all. Nonetheless, due to its structure, a Dutch BV is still the most often chosen legal entity for almost every type of business endeavor.

Once you decide to establish a BV with multiple shareholders, the notary you pick will create the articles of association. This is often executed according to a standardized model, especially if you choose a notary that offers services for a bargain price. If you want to customize the articles of association to your own preferences, you should probably opt for a more expensive notary that allows for personal input. In general, standardized articles of association only require the notary to fill in basic information, such as the names of the shareholders and the types of shares. If you choose this basic approach, you will have to fill in the details during the shareholders’ agreement.

What if you want to join an already existing Dutch BV?

Did you know that around 80% of self-employed people state, that they actually enjoy working together with partners? Therefore, often people choose to join an already existing BV, instead of setting up an entirely new company. In such cases, you should think about several factors, like which contracts you should draw up to protect yourself and the BV against possible risks. When you join an already existing company and become a co-shareholder, there is also quite some paperwork involved, which we will discuss below. A BV is more than just the establishment of the company, since more actions are involved. Especially when there are multiple shareholders.

It is not mandatory to draft a share purchase agreement, but it is highly recommended nonetheless. There are situations imaginable, in which you will need this type of agreement. For example, imagine you joining an existing BV. But after a short while, all the shareholders decide to leave the BV and start a new one, to compete with you. In order to prevent such circumstances, a drawn up share purchase agreement can aid by recording different agreements regarding the continuation of the company. This also involves recording the purchase of shares in detail. A very important addition is the non-competition clause, since this will prevent shareholders from leaving and taking valuable information with them to compete against you, or other shareholders.

A current account agreement enables any shareholder to settle a wide variety of transactions, between the shareholder and the BV he or she owns (partly). In essence, this allows you to transfer funds back and forth. In the case that you might be short of money, it enables you to transfer money to your personal account. By recording this in writing, you make it official and also prevent issues with the Dutch Tax Authorities in the near future. Be mindful that you need to record every transaction from the BV to your personal account, and vice versa.

In some cases, you might decide not to join an existing Dutch BV as a new shareholder, but you will work together with that BV. This is especially the case, if you already own a BV yourself. If you perform certain tasks for the other BV, such as managerial tasks, then you basically ‘rent out’ yourself to that BV. If this is true, then it is essential to draft a management agreement that contains all the necessary regulations in your case, since you are not on the official payroll of that BV. The agreement should contain all rights and obligations that are relevant in this scenario. It’s also advisable to include a non-competition clause and/or a non-disclosure agreement in this agreement too.

Every time someone new joins a BV, it is also necessary to amend all the existing agreements. This also involves the previously mentioned shareholders’ agreement, since the amount of shareholders will change and thus, the way the shares are divided as well. This will legally put the new situation into effect, plus the agreement can prevent conflicts or discussions between shareholders and can be amended at any time. It’s always good to trust each other, but controlling every possible outcome is always the best strategy when it comes to a mutually owned business.

It has probably become clear that extra work follows, if you decide to join an existing BV. This is also the case when several people establish a BV together. You will need to draw up a number of agreements, next to that, a number of existing agreements must be adjusted. The creation of all these agreements takes up quite some time, but after handling it, you and the BV's involved are protected for nearly all possible future risks. We can imagine that this is not a daily activity for you as an entrepreneur to carry out. Intercompany Solutions has many years of experience in setting up BVs, plus we also advise foreign entrepreneurs on all the steps involved. We can provide you with all the information you need, to set up solid agreements between you and the other shareholders. We can also assist in many other ways, such as with setting up a Dutch bank account. Feel free to contact us any time for more information, or a personal quote.